The matriarch of a large Polynesian family lies bedridden and silent, unable or unwilling to speak after a long illness. When a family crisis strikes, Nan Maria gets some unexpected help as she struggles to reunite her fractured family.

Jeremiah Tauamiti is a New Zealand-born Samoan raised in Christchurch. Jerry graduated from the New Zealand Broadcasting School and works as a director and camera operator for national Pasifika programmes, including Tagata Pasifika, Fresh and The Coconet. He is a member of  Goodfellas, the team chosen six times by Sir Peter Jackson as Wild Card finalists in NZ’s 48 Hours Film Festival. Jerry runs acting and directing workshops with community groups, and founded Pacific Islands film festivals   in Melbourne and Tonga.

Karin Williams began her career as a journalist on the South Pacific island of Rarotonga and went on to work for broadcast networks in New Zealand and the United States, where she wrote, produced and directed award-winning programming for US and international television. Karin’s independent film projects have screened at festivals around the world. Now based in Aotearoa (New Zealand), Karin continues to champion indigenous stories through her work as an independent producer and development executive.

Taofia Pelesasa is an actor and writer from Rotorua in New Zealand’s central North Island, now living in Sydney. His first international performance was with the New Zealand Young Shakespeare Company, performing Antony and Cleopatra at London’s Globe Theatre in 2006.  Fia graduated from Auckland’s Unitec School of Performing and Screen Arts with a degree in screen performance, and has appeared in television programmes and theatre productions in New Zealand, Australia and Edinburgh. Maria is his third short film script.

Q&A from the Film

Maria tells a tale of immense loss, and how one family is able to overcome this. Producer Karin Williams answered questions from PBS about the inspiration for this story and how the film conveys such emotion. 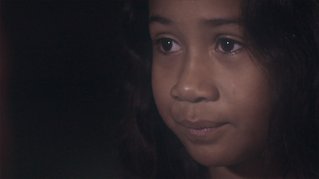 Read the Full Q&APBS: We see how the loss of a loved one, a child especially, can put a strain on family relationships. What was the inspiration behind telling this story?

Karin Williams: The film is based on a true story from the writer’s own family and the passing of his niece, to whom the film is dedicated. Taofia Pelesasais is an actor and writer of Samoan and Tokelau Islands descent, born in Aotearoa (New Zealand). He wrote the script as a tribute to the women of his ‘aiga – extended family – and their resilience.

Fia wanted to show the quiet strength of mothers who shoulder the burden of responsibility for elderly parents and young children, often in silence. Maria is a film about loneliness and grief, but also about hope and love. The film was shot in Fia’shome community of Rotorua, in New Zealand’s North Island.